The Proof is in The Pudding
This expression means that the best way to find out if something is good or successful is to test it yourself. The Oxford Dictionary of Quotations claims this expression was first used in the early 14th century. As with many expressions, this one has changed over the years. People back then said it this way: the proof of the pudding is in the eating.

So The original phrase was the proof of the pudding is in the eating and was generally used to say that one had to try food to know if it was good. The word proof is more synonymous with test than evidence. The pudding is good or bad and the trial of eating will decide it; rather than evidence that would prove it is in fact pudding.

Forex Market(The proof was in the pudding for me) 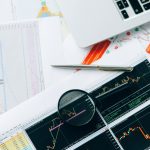 What Is the Forex Market? The foreign exchange or forex market is the largest financial market in the world – larger even than the stock market, with a daily volume of $6.6 trillion!!

The foreign exchange market is where currencies are traded. Currencies are important to most people around the world, whether they realize it or not because currencies need to be exchanged to conduct foreign trade and business. If you are living in the U.S. and want to buy cheese from France, either you or the company that you buy the cheese from has to pay the French for the cheese in euros (EUR).

This means that the U.S. importer would have to exchange the equivalent value of U.S. dollars (USD) into euros. The same goes for traveling. A French tourist in Egypt can’t pay in euros to see the pyramids because it’s not a locally accepted currency. As such, the tourist has to exchange the euros for the local currency, in this case, the Egyptian pound, at the current exchange rate.

My personal experiences in the Forex Market revealed
I have over 10 years of experience in the Forex market. I know everything about it, price action, numerous indicators such as Stochastics, RSI, CCI, fundamental analysis, Artificial Intelligence, Wolve Waves, Elliot Theory, Symmetry, Harmonic Patterns, automatic trading systems such as Expert Advisors, Fibonacci, etc.  You Name It I Know It.

I have tried everything there is to try. I discovered that tens of thousands of people all over the world are busy with Forex trading, however, 99% fail. Yes, that’s a fact 99% blow up their account within a few weeks. It is almost always by definition a (personal) drama. I know numerous examples where more than 100K was lost within a single day.

I know plenty of so-called experts who charge 10K to 15K to guide you to becoming a successful trader. Personally (and I know from experience) the chance of succeeding is almost zero! In other words, failure is almost assured. You are going to lose your money!

What I want to show with this is that I tried out a lot of things to find out if something worked or not in the Forex market for me. So I simply applied the principle of “the proof is in the pudding”. I don’t regret it as by now I have built up enormous knowledge in this market I dare say.

My conclusion is: Do Not Start. And if you’re thinking about becoming a Forex Trader, please contact me first. Do not hesitate to respond to this article or mail it to marcel@marcelvandekerkhof.com and you will receive a personal response from me. 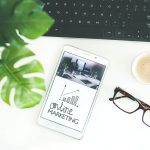 Internet Marketing (professional)
The principle of the “proof is in the pudding” I have also applied to Partnership to Success. How did I do that and what is my conclusion?

I started by participating in the free Webinar “The Proven Formula For Automated Sales and Success” by John Thornhill. Why? I had absolutely nothing to lose and I was curious what the Webinar had to offer. After watching the webinar, I was very excited about the Partnership to Success program. I slept on it and the next day I decided to participate.

I learned that it is important when making a decision that you do not lapse into doubt because then you will not move forward. I, therefore, do the following:

1. Gather as much information as possible.
2. If I have enough information then I think about it for 1-2 days.
3. I decide whether I will do it or not.

After my decision, I do not come back to it because otherwise there is a big chance that you keep on doubting and do not take any steps. That won’t get you any further, you have to move on!

Meanwhile, I am in the Pudding of Partnership to Success and I can tell you that the pudding tastes even better than I thought.

My Proof is more than successful. If you are thinking about Intermarketing(professional), making a living from home then take action and proof the pudding here. I promise you won’t regret it!

I hope you enjoyed my article and I really appreciate it when you respond. Also if you have any questions please take action and reply!

P.S.
Do yourself a favor and reserve a free spot HERE at the Proven Formula for Automated Sales and Success with John Thornhill. (you’re going to be thrilled!)